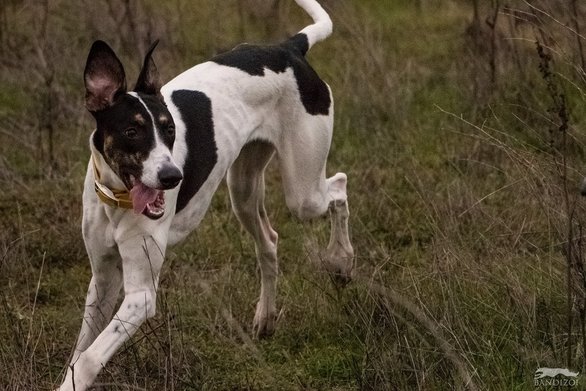 DOB: 6/8/2016
Pedigree
Breeder: Tom Koler and Audrey Hsia
Epona, or just Pona for short, is my keeper puppy from the second American-born Magyar Agár litter out of Patti and Gator, co-bred with my friend Tom Koler of Tűzvihar Hounds. Patti is from my first litter out of Gil and Fecni (sister to Pi), and Gator is a racing bred Agár imported from Germany. Picking a puppy from a litter is rarely an easy decision, but Pona had my heart from the very beginning. She was the largest puppy in the litter at birth, and was very difficult for her mother to deliver. She got stuck in the birth canal and I feared she was going to die before I could get her all the way out, but once that ordeal was over she recovered quickly and grew into a healthy, pudgy little puppy.

Pona has just started her sporting career and so far it's been a blast! Her first season racing she has one meet win under her belt as well as her first GRC points, and her first season lure coursing she earned her Coursing Tested degree and a Best in Field in her first trial! She is very keen on hares and is really starting to find her legs running them alone and with her kennelmates.

At home, Pona is an absolute joy to live with. She loves making friends with new people and new dogs, and she never fails to offer a big toothy grin when her bestest friends come to see her. She is kind and affectionate to her loved ones; always showering them with kisses and hugs. When she's not tearing around the yard with her brother she enjoys plenty of down time on the sofa. 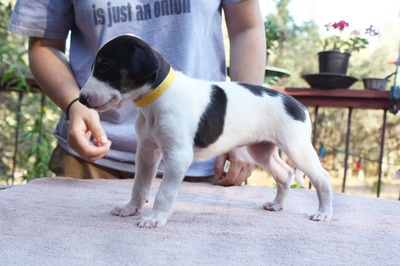 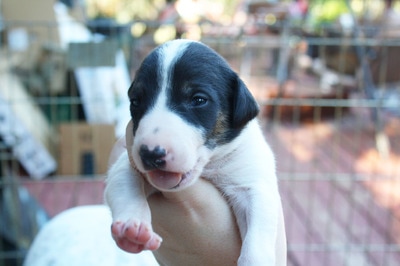 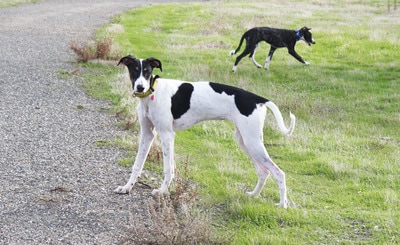 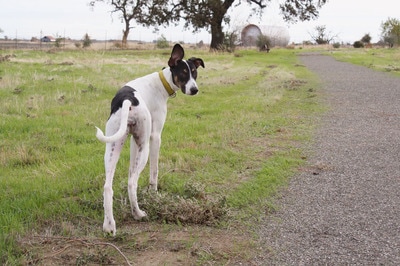 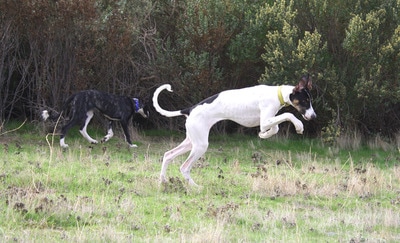 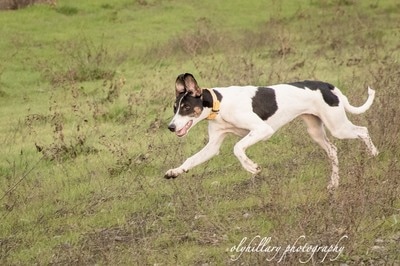 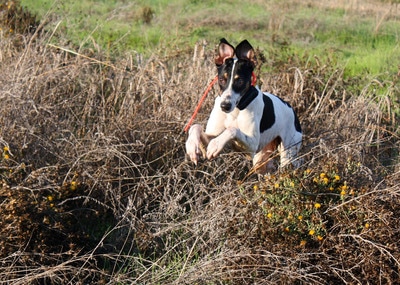 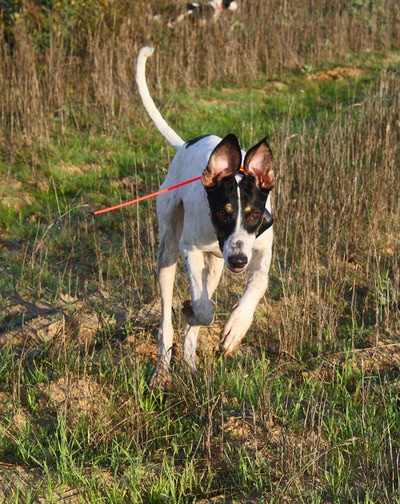 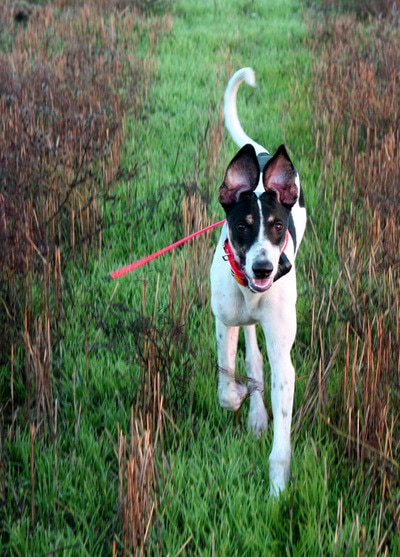 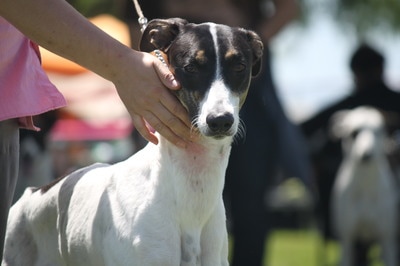 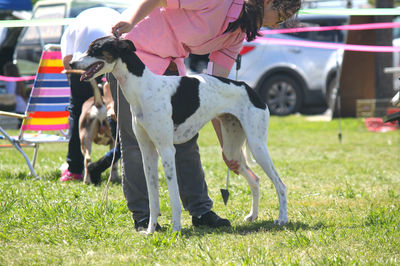 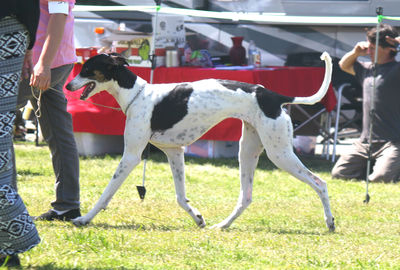 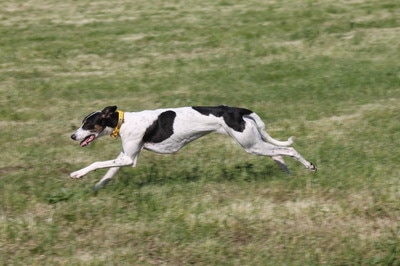 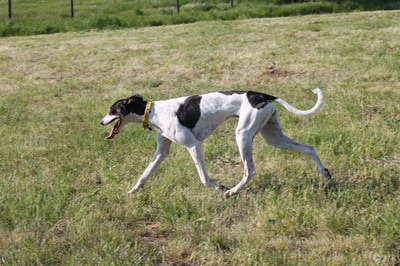 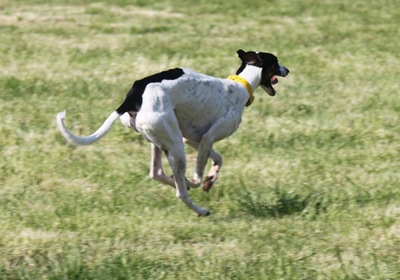 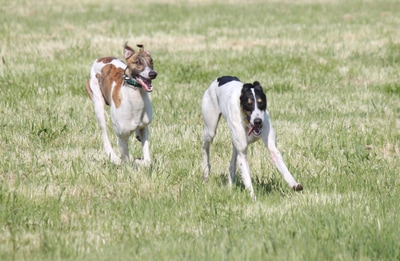 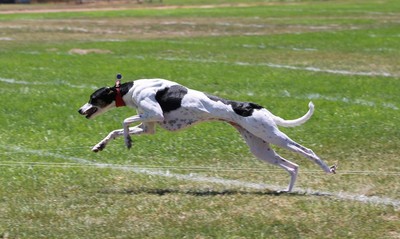 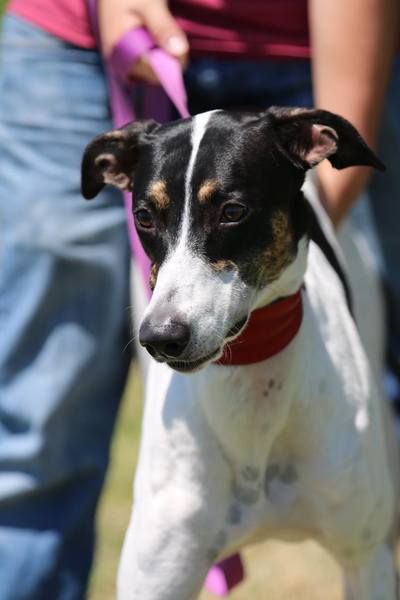 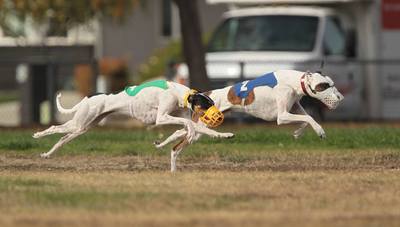 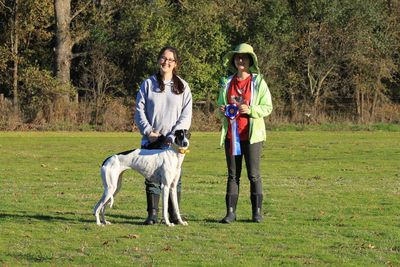